Resumen: It is well known that so-called «early European pornography» could function as political satire against the aristocratic and ecclesiastical authorities and their exercise of power. In the case of Japan, there are numerous examples of political satire within the ukiyo-e woodblock print production of the years 1600 to 1867 (the Edo period). However, it is almost impossible to trace any direct political critique involving the sexually explicit prints (known during the Edo period as makura-e, or «pillow pictures») produced in large quantities during those years. Nevertheless, makura-e took advantage of their popularity within the chonin (urban commoner) and samurai societies to address an ongoing critique and satire toward social customs and normative values.
Although there was no direct censorship of the potential political content of makura-e, a careful examination of the legislative apparatus of the shogunal government during the Edo period reveals several efforts to control the manufacture and distribution of such prints, even when the sexually explicit images did not apparently address any political issues. Why, then, did the government, if not ferociously at least on an occasional basis, feel the need to consider the problem of makura-e at all? Was there a concern with «obscenity» or «moral values,» or was the discourse on makura-e motivated by recognition of a tangential questioning of the legitimacy of power?
This presentation will analyze, through the legislative corpus and the prints themselves, the involvement of the makura-e in a double strategy of critique: one part deliberate (the satire of daily life and customs) and the other constructed within the same frontiers built by the government itself (the role of the virtuous ruler and the impossibility of any commentary about daily life). I will attempt to demonstrate that the control supposedly exercised against makura-e did not actually focus on questions of morality or obscenity but on a very different register: the public commercialization and popularization of a knowledge and product that in many ways contributed to destabilizing the image of a controlled and correct society under the reign of a perfect ruler.
I will also examine another dual capacity of the makura-e prints: the constant mobility between two different spaces, one imaginary and also constructed (ukiyo, the Floating World) and the other fixed by social regulations and daily life. 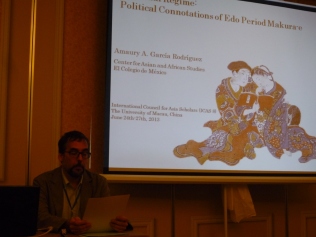 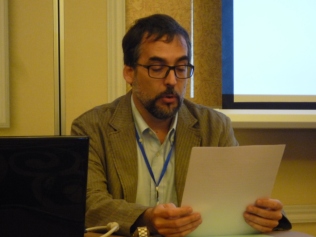